20 years after it was lost, the EPK to the film UNCLE (2000) was recently re-discovered. According to the press materials, the band was inspired by Doug E. Fresh’s “spirited contribution to GHOSTBUSTERS II.”

David and I met for a long time yesterday and we’ve decided to blow this CT Video into a new direction — Sooo…, I’m hoping you’d like to co-star in the movie we’re making.

I’ve attached a draft outline of the script right now, its a rich text Microsoft word thing so you should be able to open it.

The concept of the film is we’re going on a road trip to find Colonial CT, hand-held camera, home movie style. Along the way we’re stopping at Colonial Subbaru, Colonial Pizza, the Colonial section of Home Depot to interview people on the street and ask them to direct us to Colonial Connecticut. Thrown in the midsts of this are the three of you, who will serve as our greek chorus, and will appear in various parts of the film, speaking in Colonial Rap, and doing colonial things, like whittling or churning butter. We might also ask you to hold things in the movie, such as the title of the film and scene changes and things like that. In short, you’d become the poster boys for Colonial history.

Your music will be used for the intro, the scene changes, the concluding scene which will be flashes of objects and paintings from the Connecticut Historical Society collection, and on the concluding credits, too.

David and I are planning to make the Colonial Connecticut Video on a Saturday in Mid to end September. Are your schedules clear? All transportation and, if necessary, accomodations will be paid for, of course, AND hopefully we can work out some extra financial compensation from CHS (They want to pay you, but they need to find the money).

Oceans of love and gratitude,
Karen 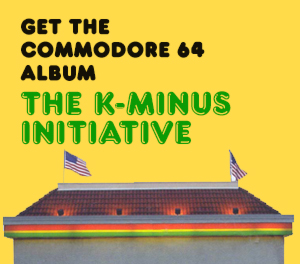